Many 18th and 19th century novels contain excerpts of non-prose forms, framed by the novel text but pulled from other sources. One form frequently excerpted within these novels is poetry. In her book Lyric Generations: Poetry and the Novel in the Long Eighteenth Century, G. Gabrielle Starr discusses poetry fragmentation in the novel genre and its cultural impact on the attitudes of 18th century readers towards fragmentation in general. Starr states that “Eighteenth-century readers and writers were becoming accustomed to encountering lyric in nonlyric forms and with a relaxation of formal regularity” as “Parts and pieces…took on new importance” in the realm of the novel.

My project explores this excerpting of poetry in early novels, and compares it to the contemporary use of sampling in popular music. I am interested in the ways in which the early novel – a genre often conceptualized as constituting a complete work with an authoritative narrator and a clear recounting of events – is complicated by its use of poetry fragments: small insertions of text that are incomplete, lacking context, and up for public interpretation. I am interested in displaying this seeming contradiction through likening it to the contemporary complexity of sampling.

Sampling is a process that challenges the notion that songs are branded and authoritatively owned by their artists, through opening up possibilities for shared ownership, shared knowledge, multilayered meaning, and widespread interpretive disagreement. In particular, the website Genius, which displays accurate song lyrics while allowing for public annotation, exemplifies the crowdsourcing component of sampling culture. Genius demonstrates how a space where the public may offer its perspectives on particular songs is therefore a space for the constant reinterpretation of song meanings and song history. It is a space that envisions songs as inherently fragmentary, detached from a central authority figure and open for a variety of understandings.

For my project, I created Genius pages for several passages within 18th and 19th century novels that include poetry fragments. I had originally planned to use Genius Web Annotator, a Wordpress plugin, to convert passages of novel text into webpages open for public annotation, but ran into technical difficulties with that method, so moved on to directly inputting passages of text into the Genius website by using the “Add Song” option and choosing the category “Lit.”

I used two methods to search for novels that contained poetry fragments and would therefore be useful for my project. While one method included the use of digital tools, the other was more in the vein of traditional humanities research methods, and drawing on both of these types of research processes was useful for both shaping my project and developing my understanding of digital humanities as an interdisciplinary field.

My first method consisted of using END’s previously cataloged metadata from 18th century novels to find a list of novels that could potentially contain passages useful for this project. Using the Excel spreadsheet containing END’s metadata, I narrowed down my options by searching through the 592$c field (the field that includes information about non-prose forms within novels) to find texts that include “Poems” or “Verse.”

My second method consisted of simply coming across poetry fragments in novels as I cataloged them, and recording the Bib ID’s of those novels so that I could use them for my project. This second method allowed me to expand beyond mostly European, 18th century novels (a category which comprises the bulk of END’s metadata thus far) and explore poetry fragmentation in 19th century American novels as well. It also offered me the opportunity to get to know and physically touch these books before recognizing that they could be useful to my project and incorporating them into my research. This up-close interaction with the books, and my resulting decision to use them for my project, seems almost to be the reverse of my first, data-centered method, in which my initial step was searching for books that fit the credentials of my project, and getting to see and touch them only afterward.

In formatting my Genius pages, I included the poetry fragments as the central element, and framed them with their surrounding texts, to emphasize both their placement in a particular textual context and their ability to be removed from that context. I listed the text author as the “artist,” the publisher as the “producer,” and the poem author as “featured,” demonstrating how, even in the initial creation of a work, its ownership is shared and contestable. For “release date,” I included the year of publication of the specific book I was using, which often differs from the original release date of the first edition or copy of the text. This choice is meant to call into question the idea that texts have one singular moment of origin.

I experimented with annotating the texts – a task that anyone who views these pages could participate in if they wanted – and also filling in descriptions for the texts, which I am authorized to do as the pages’ creator. The distinction between annotation, a democratic task open to the public, and description-writing, which only the creator of the text is allowed to do, demonstrates an inherent tension in the Genius format between public interpretation and central authority. The fact that all descriptions for Genius entries must be “reviewed” by a Genius moderator adds another layer of authority, calling into question who has control over the knowledge produced on this crowdsourcing website.

In the future, this project could be expanded upon through a widening of the participant base and a deepening of the project’s engagement with the history of textual and musical fragmentation. While I am, so far, the only person to annotate the Genius pages I created, widespread annotation of these pages would produce debate, interpretive disagreement, and enhanced knowledge about the texts. Widespread participation would allow the project to explore how large groups of people crowdsource to gain information about fragmentary material.

Lastly, continued research on both poetry culture in the 18th and 19th century and sampling culture in the 21st century could take this project further by uncovering distinctions and similarities between these two fragmentary forms, and investigating how their comparison could be useful in understanding how readers or listeners relate to fragmentation. Research on these topics this summer was limited by time constraints, and it remains an aspect of my project that I would like to pursue further.

Some questions my project has attempted to probe (and that it still grapples with) are:

How does fragmentation of a poetic text decontextualize it? Does its de-contextualization open up possibilities for its public (re)interpretation?

How did poetry, and its excerption, function distinctly as a component of 18th century culture? How does sampling culture function and impact our contemporary world? To what degree can we draw similarities between these two art forms and the ways in which they reflect and shape the worldview of their consumers?

Does a Genius-style webpage embody an ethic of open access and open interpretation of art and literature? Or is there actually still a central authority structure on this type of webpage that decides whether subjective textual interpretations are accurate or inaccurate?

Page of The Inquisitor; or, Invisible Rambler with “The Fragment,” by Susanna Haswell Rowson

Page of “A Sketch of Old England” with fragment from Defoe’s “The True-Born Englishman,” by James Kirke Paulding

Page of Clarissa with fragment of Lee’s Oedipus, by Samuel Richardson

Page of “Clarissa” with fragment of poetry (by Belford?), by Samuel Richardson 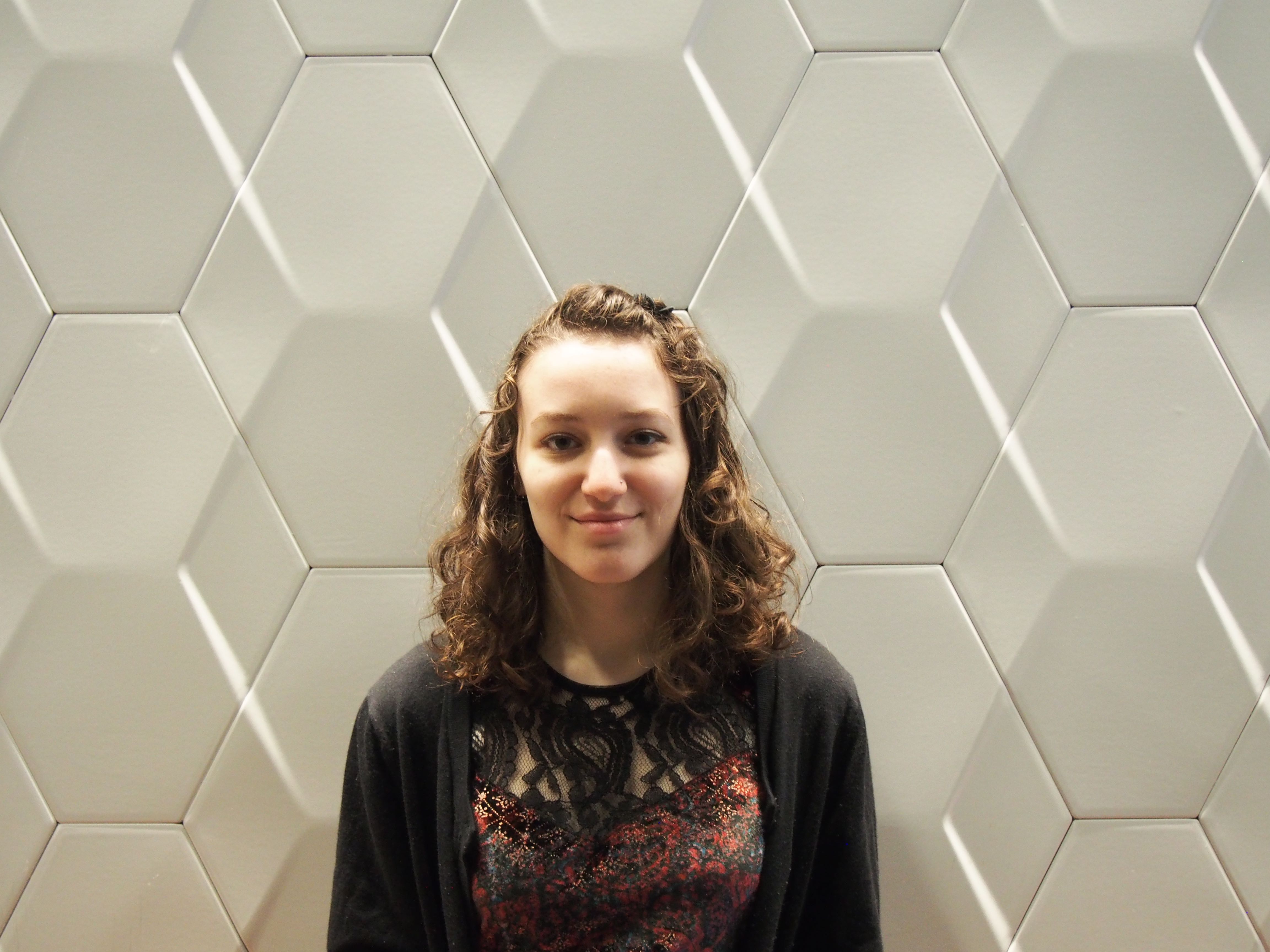 Colette Gerstmann is an Honors English major and Gender and Sexuality Studies minor at Swarthmore College. She is a Writing Associate for the college, is a poetry editor for the Swarthmore Review, helps run the student art gallery, and plays in her band, Biscuit. At END, she is interested in examining narrative agency in storytelling, and looking at how lyric poetry is used and excerpted in novels.