We had an interesting discussion today about the potential anachronism of thinking about the novel as a genre in the 18th century. It’s certainly a valid question, and one that scholarship has overlooked to a frightening extent until recently. Whatever one chooses as the first novel – Don Quixote, Oroonoko, Robinson Crusoe, Pamela, or something else – odds are it wasn’t sold as such. In fact, we’ve learned from this project that to the extent an eighteenth-century book mentions novels at all, it usually does so disparagingly, as a catch-all term for its morally suspect competitors. The “novel” didn’t quite coalesce as a category until late in the eighteenth or early in the nineteenth century, and didn’t become a privileged object of serious mainstream literary criticism until the twentieth. Ask a reader of Pamela‘s first edition what he or she was reading, and the answer you get back wouldn’t be “a novel.” Isn’t it important for us to know what that answer would be? Call it reception theory, reader response theory, or what you will, any sort of literary project with a sociological bent would have to take such things into account. This is perhaps akin to Nietzsche‘s concept of “antiquarian” history, a history that seeks to reconstruct what life was like in the past. Today we might associate this attitude loosely with Quentin Skinner and his Cambridge school, who demand that any historian of thought act as a “recording angel” and concern himself only with what authors thought their texts were doing.

But is a retrospective designation really invalid? Isn’t it less a hindrance than an advantage to be looking at things with the benefit of hindsight? Hegel once remarked that “Minerva’s owl flies only at midnight”; in other words, it’s only when a day is done that it can really be understood. Monty Python sketches aside, most people in the Middle Ages didn’t think of their period as “feudalism,” let alone “the Middle Ages” (middle for whom?). People in the eighteenth century were likely unfamiliar with terms like “capitalism” or “imperialism.” They sensed changes, no doubt, but it was left to later scholars to understand the full extent of what was going on. To take an extreme example, terms like “sexist” or “racist” only really emerge once we come to think of them as a bad thing (in other words, once we start having an idea of what non-racism or non-sexism might look like) but we apply them to formations in the past – and rightly so!

Perhaps the oldest sort of criticism is the canon-based variety. It’s really quasi-Platonic, although given Plato’s attitude towards creative types it’s not surprising that Aristotle should be its forefather. For Aristotle there are certain naturally given, immutable laws for what a perfect tragedy should look like. There are the unities of time and place, the tragic hero, the peripeteia and agnorisis and catharsis (loosely the “reversal of fortune,” “recognition of sin,” and “emotional purgation of the audience”). Anything that doesn’t conform simply isn’t a tragedy, or isn’t a very good one. Plenty of critics from Aristotle on to the twentieth century have used this model (generally for tragedy) and found most works wanting. If you take a certain extreme tack, there haven’t been any real tragedies since Shakespeare, and not all of his pass muster. This tends to align with Nietzsche‘s “monumental” history, the study of the notable and exemplary. I’m reminded of Lord Raglan, who surveyed hero-myths and distilled 22 traits from “Born of a royal virgin” to “Dies at the top of a hill.” It turns out no hero yet discovered earns a perfect 22; Oedipus gets the high score with 21. Is that how we should compare? Does that make Oedipus the “best” hero? Certainly the extreme prescriptive view of genre is outmoded, not to mention absurd. It’s always been elitist anyway; who’s ever talked about the Platonic “form” of the zombie movie?

Here’s where I think Georg Lukacs comes to the rescue. His Theory of the Novel uses real texts as examples, but it’s mostly concerned with drawing out ideal categories. Lukacs is interested in the internal symbolic dynamics of the novel: how the parts tend to relate (the main character to the external world, for instance, or the episodes to the overarching plot). He writes that he’s interested in “the productive limits of the possibility of the novel” (88). Being novelistic is a real qualitative designation, and not just a claim any old text can make; “Any form must contain some positive element in order to acquire substance as a form” (119). But crucially, this ideal category only comes about through the historical evolution of the novel form, at “the historico-philosophical moment at which great novels become possible” (88). This is the “historico-philosophical dialectic” in a nutshell (40). It’s a lot like Marx’s method in Capital. He outlines capitalism’s own structural unconscious, the form it’s trying to put in place. While he notes the systemic injustices of really existing capitalism and the exceptional bad behavior of some capitalists, his project is even bigger: showing how the great injustice is structurally necessary. The “ideal capitalism” he describes emerged as an ideal category of thought historically, and took some time to be fully understood (still, in fact, hasn’t been fully understood) by those living in it. But the ideal category has also never existed, and never will exist. Similarly, Lukacs seems to suggest that no extant novel is quite like the genres he analyzes. But that doesn’t mean the genres don’t exist or aren’t useful to understand in themselves.

In fact, there’s another formal similarity between the novel and capitalism: both diverge from their own inner ideal forms not accidentally but systematically. Part of the essence of capitalism is a tremendous drive to transgress barriers, including its own values and characteristic structures. The profit motive and the insatiable need for growth mean that capitalism constantly runs afoul of the ideals of bourgeois justice and rights-based liberalism by which it theoretically operates. Think of Pinkertons shooting striking workers in the Gilded age, or of coercion in some sweatshops today. Think of the ineradicability of slavery. Apologists claim that neither is the essence of capitalism; the point, however, is that capitalism constantly and systematically diverges from its own essence.

In similar fashion, the novel’s very name betrays one of its characteristic concerns: novelty. When people like John Barth were talking about the “exhaustion of the novel” in the 70s, they were talking about a crisis of novelty. Paradoxically enough, adhering to the convention of the novel genre means writing something at least somewhat original. Like capitalism, the novel is in a state of “continuous revolution.” Lukacs expresses this in interesting ways: on 73, he writes that “As form, the novel establishes a fluctuating yet firm balance between becoming and being; as the idea of becoming, it becomes a state.” Later, he claims that “The composition of the novel is the paradoxical fusion of heterogeneous and discrete components into an organic whole which is then abolished over and over again” (84). The genre does exist ideally, and remains an important category with positive content. The novel isn’t just the collection of things called “novels.” This makes sense to us, after all: if I called my cat a dog it wouldn’t just be a dog. But unlike species (or, from an evolutionary perspective, not so unlike species at all), genres come into being through the process of history and only show themselves as what they are after quite some time on the scene.

I like the term “dialectical genre theory” for this approach. (I’m borrowing this somewhat from Michael McKeon’s Origins of the English Novel.) It’s a difficult way to work, but I believe it pays off. It reminds me of Ben’s post earlier about the novel as ecology. In the same way we can think of the generic category of the novel, as well as each particular novel, as an ecology. It’s a dynamic system that operates according to certain laws and certain tendencies. Whether the analogy is ecology or economy, it might help understand how a genre comes into existence as more than an arbitrary label but as a “positive content” that helps us think about culture more effectively and on a broader scale. 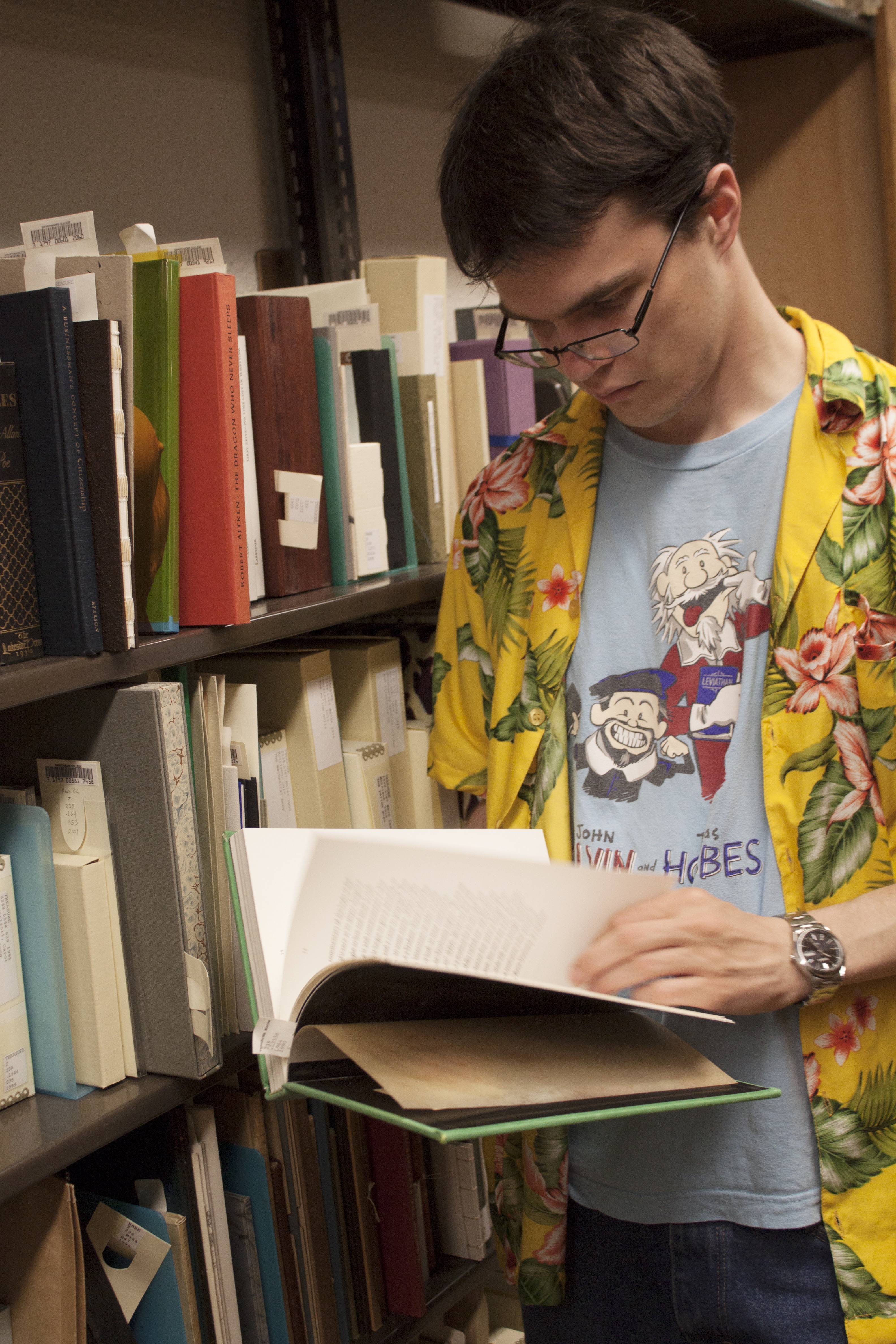